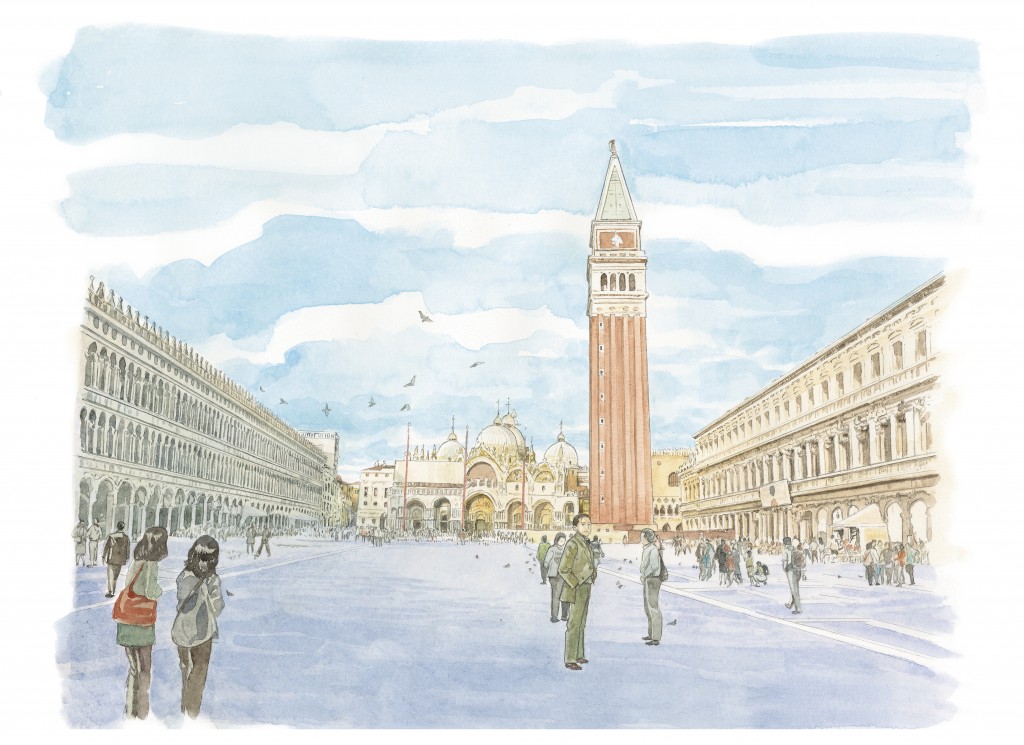 The exhibition Sguardi Incrociati a Venezia brings together more than 30 sketches, made by Jirô Taniguchi for the new Louis Vuitton Travel Book to be launched in Venice in June, with 25 photographs by Mariano Fortuny held in the reserve collection of the Palazzo Fortuny, together with films and books, after meticulous restoration work funded by Louis Vuitton as part of its partnership with the Fondazione Musei Civici di Venezia. 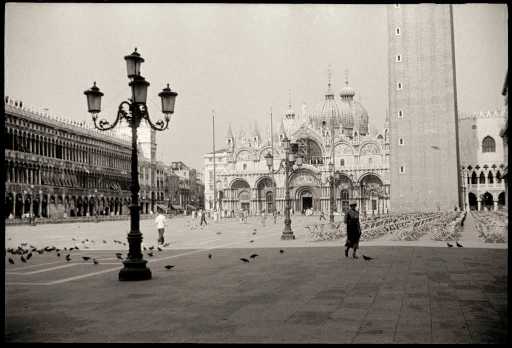 In Fortuny’s photographs presented here, one recognises immediately his taste for not just theatre, scene setting and stage sets, but also for unexpected lighting. In the cartoonist Taniguchi it is the comic strip, so close to manga, and at the same time so different. Both of them wish to stand out from the crowd and both succeed: Fortuny sought to distance himself from painting – which he practised himself, sometimes with similar compositions, as, for example, when, he set the depth of the narrow streets in small vertical format paintings, Taniguchi wishes to forget the classical storytelling of the comic strip, divided into a succession of panels.